Media and entertainment is a large market segment for the storage industry. More and more greedy in capacity, now in-cloud media processing and operations, distribution and live streaming, networks bandwidth, complex media workflow, sophisticated editing and image/video processing, frequent movie production plus recent development in VR, drones and even IoT applications, all these illustrate the key role of storage in that industry.

Following 2018, Oracle have decided to have a booth to show its DIVA solutions and HPE did the same as well. 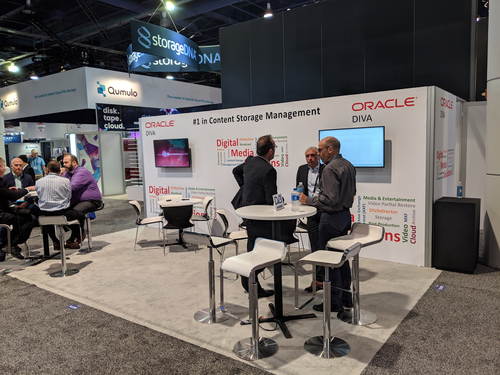 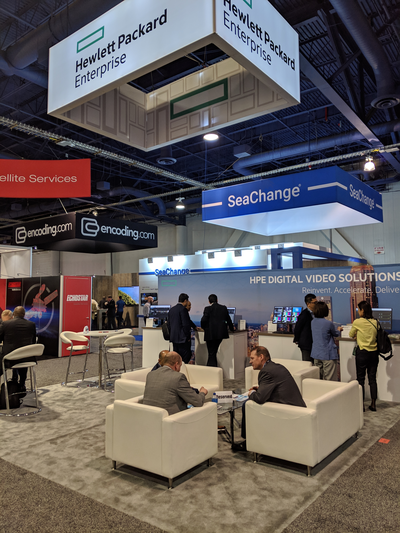 On the other hand, Cisco, Dell and IBM had decent booths promoting intelligent comprehensive workflows and use cases, IBM showed Spectrum Scale and solutions around Watson and Aspera, Dell solutions with Dell EMC Isilon. We also anticipate some news soon about IBM Cloud Object Storage.

We navigated in AWS, Google and Microsoft booths, growing their footprint every year with in-cloud media management and processing. Meeting at the show Ron Bianchini, CEO and founder of Avere Systems, he confirms the perfect fit of its NAS accelerator in such projects. Pixar is an Avere customer for many years now, swapping their back-end filers almost for every movie in production but keeping their first-tier Avere NAS. Other cloud storage vendors were there like Backblaze for B2 and Wasabi announcing their Media Innovation Cloud Alliance. We met partner Acembly on Wasabi booth speaking about an interesting cloud data management approach.

We noticed the presence of Atempo with its new visual identity promoting Miria and its data migration service already adopted by Huawei, DDN and more recently Qumulo. Mellanox has a small booth showing their Ethernet Media Fabric.

Among the tons of announcements, here is a selection:

Again a very interesting show with tons of people, new technologies and developments. Really a must attend for everyone interested in storage.