Here are the best links we have found to get information
on the the history of worldwide storage industry.

From Punch Cards to Blu-Ray
By Maximum PC

More Than 100 Books Published on Storage
With links on Amazon.com

History of big data
Starts many years ago.

IBM 3390, World’s Largest and Most Expensive HDD Teardown
Originates from around 1989.

HDD!
A new book on Seagate’s history by Gordon Hughes

The Cost of Data Storage Throughout the Years
Data storage wasn’t as inexpensive as it is today.

Cost of Hard Drive Storage Space
The cost of hard drives, used in computers for storing data in large quantities, has been falling rapidly for many years.

A History of Storage Cost
How the cost of a gigabyte has changed over the last 30 years.

Other links on the web:

History of storage: Cuneiform tablets to flash
By Rupert Goodwins

A Chronology of Magnetic Recording
by David Morton

From punch cards to iPods: A short history of storage
By Deni Connor

Disk Drives, Their Evolution and Impact on Santa Clara Valley
By Jim Porter

The Evolution of the Disk Drive Industry
By Dave McKendrick

The dynamics of the HDD industry development in Singapore
By Poh-Kam Wong, Centre for Management of Innovation and Technopreneurship, National University of Singapore

Storage on Tape
By Juan Rodriguez

A video series featuring Garth Gibson discussing the history of RAID can be viewed here, here and here. 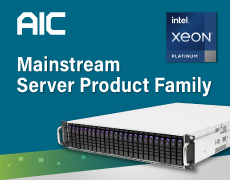