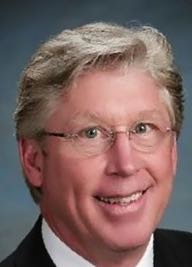 Reduxio Systems, Inc. welcomes Mike Wall to its board of directors.

He will actively serve as an ambassador for Reduxio and will be engaged in identifying and securing strategic partnerships and resources necessary for the company to advance its mission.

He is a hi-tech executive with a history of leading the introduction of new technologies that have changed the landscape of high-performance computing, server, and storage. Prior to joining Reduxio, he chairman and CEO of Amplidata. He transformed the company into a leading object storage software company and led its eventual sale to Western Digital in March 2015.

He was previously the GM of Intel‘s storage group, where he led the industry’s transition from storage systems built with special purpose hardware and silicon to systems designed with commodity microprocessors and chip sets. He also served as GM of Intel’s supercomputer systems division, where he led the introduction of Intel’s X86 architecture into the HPC market and grew revenues to over $100 million.

“We are pleased to have Mike Wall as chairman of our board of directors,” said Ori Bendori, CEO. “We look forward to his input and guidance as we bring our unique cloud storage and data management platform to market.”