r2p GmbH, provider of intelligent technology solutions for public transportation, has subjected 2.5″ media from 9 SSD and 2 HDD manufacturers to testing for video storage in mobile surveillance solutions for buses and trains. 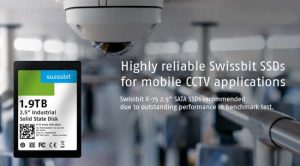 The result of the benchmark that includes vibration and temperature stress tests according to IEC 61373:1999 Railway applications – Rolling stock equipment concluded that the Swissbit AG’s X-75 2.5″ SATA SSDs in capacities of 60, 120, 240 and 480GB proved for use in demanding mobile applications.

The data drives were cooled or heated in a series of tests to a range of temperatures between -40°C and +85°C, remaining at the set temperature for 30mn each. During these thermal stress periods, the units were operated to play a test video. The outcome of the tests showed that the X-75 2.5″ SATA SSDs were ready for operation under all conditions and also exhibited consistently positive results in a subsequent evaluation. 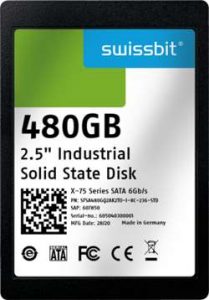 Optimized SSD firmware delivers robustness and reliability
An ability to tolerate temperature differentials during write and read operations of up to 125° Kelvin is a key feature of industrial memory products.

“I am delighted with the r2p benchmark results,” says Roger Griesemer, GM, memory solutions. “Once again, we proved that we could ensure optimal performance with superior access methods and error correction in the firmware, even for memory products based on the more temperature-sensitive 3D-NAND memory technology. “Electronic circuitry, process technology and component selection for these applications are equally crucial, and the development team demonstrated its knowledge and capabilities in these areas.”

Rüdiger Nehring, product manager, r2p added: “The tests are very important for us and we are pleased to have found another manufacturer of reliable storage media and a business partner in Swissbit.“

The company’s SSDs proved equally robust when subjected to mechanical testing. Due to the mechanical structure of HDDs, the testers observed that current HDDs exhibit failures at lower forces than SSDs.

“For us, this means that solid state drives are the first choice for harsh operating conditions and that our NAND flash memory products, which are specifically optimized for durability and reliability, continue to perform where standard SSDs fail,” says Griesemer. 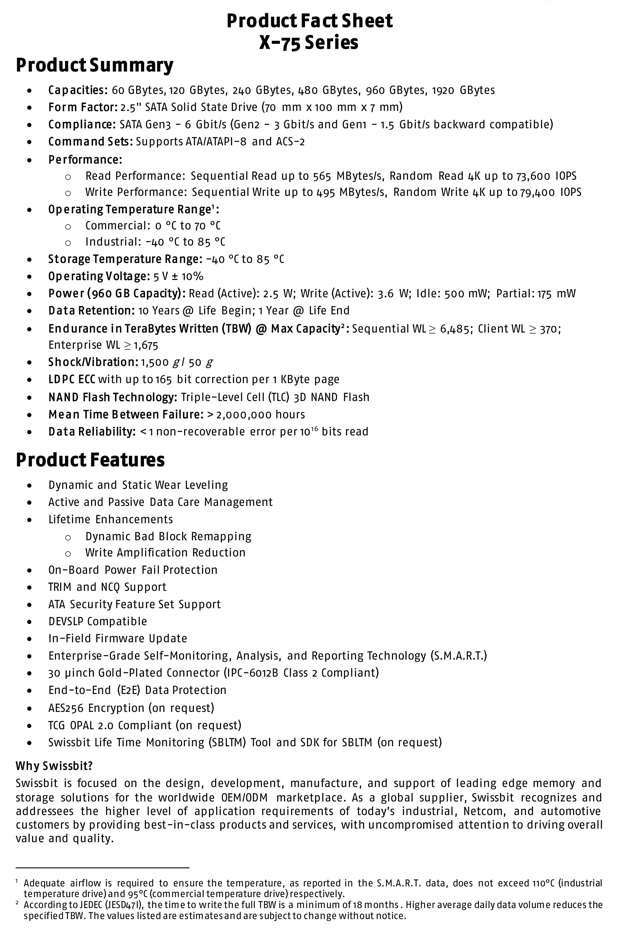