After an exhaustive site search in the Greater Sacramento region, it chose the City of Rancho Cordova to build its global R&D campus, which will be home to more than 1,900 professionals in highly paid technology jobs over the next 5 years with more than $100 million investment in the facility. This is the largest semiconductor industry R&D project Greater Sacramento has seen over the last decade.

Solidigm is a provider of NAND flash memory solutions. The company launched as a US-based subsidiary of SK hynix, the world’s second-largest memory chip maker, on December 29, 2021, following an October 2020 agreement by SK hynix to acquire Intel’s NAND and SSD business for $9 billion. 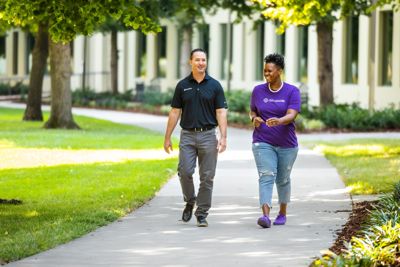 It is currently working on tenant improvements to the 230,000-square-foot R&D campus and is targeting a move-in date in1Q23. The site was chosen for its ample office and lab space, proximity to where company’s workforce lives, availability of public transportation, nearby amenities and the ability to expand to accommodate a growing workforce.

“Solidigm is pleased to bring innovation and jobs to Rancho Cordova and the Greater Sacramento area, known for its highly skilled workforce and spirit of inventiveness,” said Solidigm CEO Rob Crooke. “We look forward to investing in and supporting the area’s economic growth and community through jobs, partnerships, and volunteerism.“

“As a global leader in data memory storage, Solidigm brings its R&D to Rancho Cordova at a critical time for our national supply chain and at a moment when we need more US investment in the essential technologies of the future,” said Congressman Ami Bera. “And regionally, the benefits of this-the largest high-wage jobs economic development project our region has ever seen-brings considerable investment and opportunities that will benefit the Greater Sacramento region and its residents.“

“We are thrilled to welcome Solidigm to the City of Rancho Cordova,” said mayor Donald Terry. “Our city, one of the largest jobs centers in the Greater Sacramento region, is home to over 3,500 diverse businesses. We’re proud to further diversify and add data memory storage to the exceptional list of entrepreneurial efforts that are established here.“

“This investment was a significant team effort and showed collaboration within the Greater Sacramento economic development community, proving global market validation in the semiconductor industry,” said GSEC president and CEO Barry Broome. “I’m proud of the GSEC and Rancho Cordova teams who worked with our community partners to make this project a success for the state capital of California and put us on a global stage for future semiconductor economic development projects.“

A critical site selection factor for this project was the timely availability of low-cost, high-uptime power. As a core member of the project team, the Sacramento Municipal Utility District (SMUD) has ensured that timelines for the project were met with high reliability and competitive cost.