Electrical bus PCI Express (or PCIe), which stands for Peripheral Component Interconnect Express, is a standard developed by PCI-SIG for connecting peripheral devices to a motherboard including graphics cards, sound cards, video capture cards, network/WiFi cards, and storage devices. It is the dominant bus for connecting expansion cards and devices (alongside USB, used for externally connected devices). When PCIe is used for storage, the NVMe storage protocol is typically used

I/O bandwidth doubles about every 3 years for this popular interface for SSDs.

Current graphics cards typically don’t consume the total bandwidth of PCIe 3.0 or 4.0, so the upgrade to 5.0, by itself, won’t provide a massive boost to graphics performance.

However, upgrading to the latest generate of CPUs can provide a boost from:

The key benefit of upgrading to PCIe 5.0 is the increased bandwidth. Each version of PCIe roughly doubles the bandwidth available per lane. 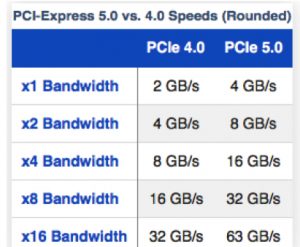 Still in its infancy, PCIe 5.0 will progressively and definitively replace PCIe 4.0 on SSDs, an also M.2 cards.

But the new level of performance includes some heat-related concerns. More speed equals more power, and more heat. This means that the next gen of SSDs will likely require cooling.

“In practical terms, you no longer need 8 channels to saturate the Gen4 and even Gen5 PCIe interface. You can potentially saturate the host interface with 4 NAND channels,” said Sebastien Jean, CTO, Phison.

This reduction in NAND channels could result in up to 30% less power draw on the SSD.

PCIe 6.0
This next standard has been finalized and will offer transfer rate up to 256GB/s. 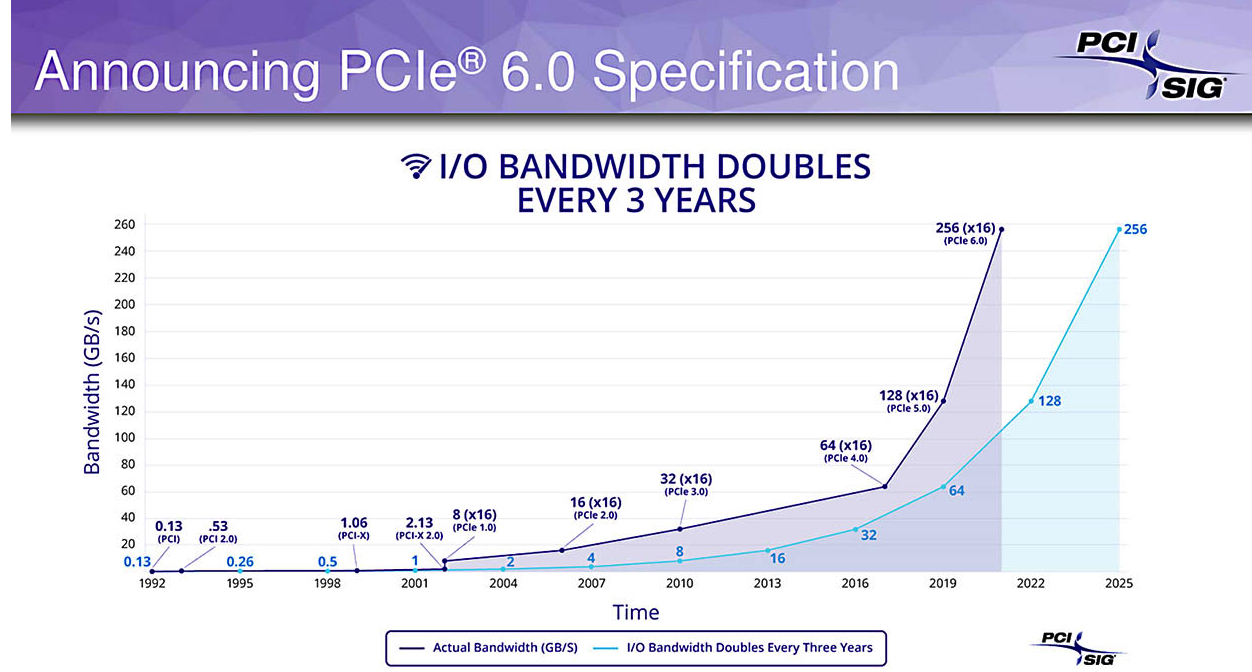 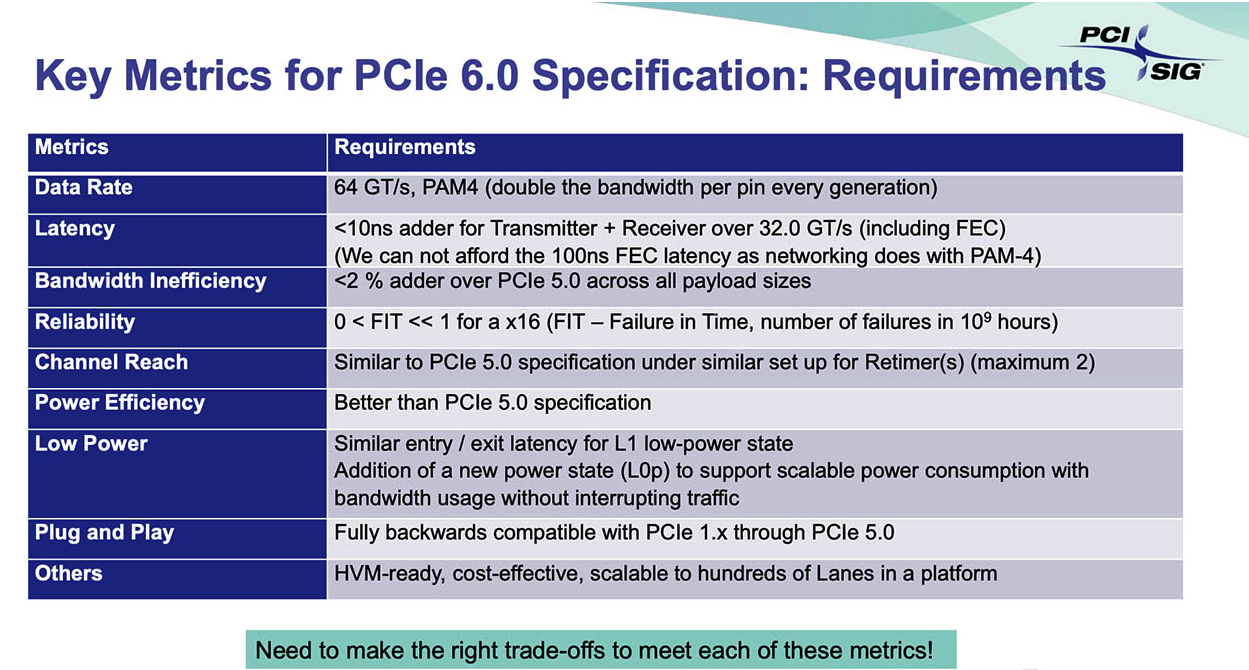 Then PCIe 7.0
PCI-SIG technical workgroups will be developing the PCIe 7.0 (supposed to be available in 2025) specs with the following feature goals:
• Delivering 128GT/s raw bit rate and up to 512GB/s bi-directionally via x16 configuration
• Utilizing PAM4 (Pulse Amplitude Modulation with 4 levels) signaling
• Focusing on the channel parameters and reach
• Continuing to deliver the low-latency and high-reliability targets
• Improving power efficiency
• Maintaining backwards compatibility with all previous generations of PCIe technology

He are some of the products already announced and supporting PCIe 5.0 …