Ondat released into availability V.2.8 of its Ondat platform for stateful workloads in Kubernetes.

This version brings changes that open up the option of running a robust ETCD setup within production clusters, removing the need for external service setup. This change reduces operational overhead and cost for production users. 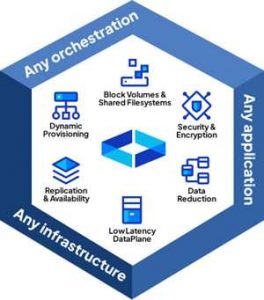 Key enhancements in v2.8 include:

“Our customers have come to rely on Ondat to support the performance and reliability that their stateful workloads require in Kubernetes,” said Alex Chircop, founder and CEO. “With version 2.8, we’ve added several important new features they’ve asked for, including snapshots and the ability to run ETCD within their clusters. Taken together, these new capabilities further extend the enterprise capabilities in Ondat, making it an increasingly popular choice.”

With the growing popularity of containers and microservices, infrastructure teams have come face-to-face with the complexity of running stateful workloads like databases and messaging systems in Kubernetes. DevOps teams have worked around this limitation by hosting stateful applications outside of the Kubernetes infrastructure. This, in turn, has increased costs and complexity, whilst reducing performance.

The company delivers a container-native storage platform that delivers the data services, performance and resiliency to run these workloads natively in Kubernetes. Its customers that are running mission-critical databases in their clusters reduce operational overhead while benefiting from the cost and performance savings that Kubernetes delivers.