IBM is going to transfer all its server HDD operations from San Jose, CA, to Fujisawa, Japan, among other places. 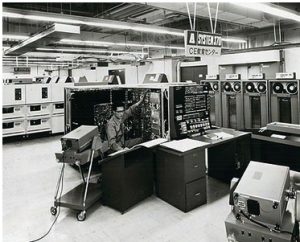 The headquarters of IBM Storage Systems Division will remain in San Jose, but the company will cut 1,100 jobs, or 10% of its total Northern California workforce.

Henri Richard, VP WW distribution of IBM’s Technology group, explains: “This transfer is the result of our customers’ demands. Until now, Fujisawa was in charge of 2.5-inch HDDs, all 3.S-inch IDE units, as well as a portion of 3.5-inch 7,200rpm SCSI devices, which are the least expensive. The other 3.5-inch server drives, whether 7,200 or 10,000rpm in other architectures, were under San Jose’s responsibility. Our customers wanted a common architecture for SCSI drives, in order to reduce the qualification time. As a result, the design of all IBM’s HDDs will now take place in Fujisawa. One part of the San Jose team will go to Japan, another part will strengthen customer support, while a third group will join Almaden, CA, R&D operations, which we are not touching.“

Even so, this is a harsh blow for the San Jose site, which has a long and glorious past, after launching the world’s first HDD, the Ramac 305, in 1956, and participating happily in all industry developments since. Big Blue voluntarily organized a competition between Fujisawa and San Jose, and the wind seems to have blown in Japan’s favor.

Like many disk drive makers, IBM is looking to cut its costs by building a common mechanical platform that can be permutated into several platters, different interfaces and multiple speed options.

Furthermore, its fastest line of drives are now based on 2.5-inch platters. It is conceivable, in the next few years, that a single platform built around 2.5-inch disks will accommodate all demand, from desktop to server drives, with, ultimately, a few 3.5-inch media fat disks. And of course, Fujisawa already is responsible for the 1-inch Microdrive, which will remain.

IBM has also completed the transfer of its tape drive assembly and testing operations from San Jose to Guadalajara, Mexico, and continues to delocalize other manufacturing operations to lower-cost sites in Mexico and Hungary.

This article is an abstract of news published on issue 138 on July 1999 from the former paper version of Computer Data Storage Newsletter.