Innogrit Corporation announced the addition to its Rainier Family of SSD controllers, the RainierQX, which is sampling. 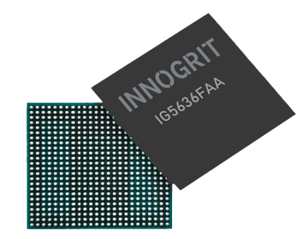 RainierQX is a PCIe Gen4 solution with 4 PCIe lanes, supporting 4 NAND channels with each channel up to 8 CEs. A solution for the PC OEM market, it is a DRAM-less controller in 12nm FinFET design offering low power consumption and lower BOM cost for an SSD.

Dr. Zining Wu, CEO and president, stated:”The PC OEM and channel markets are facing tremendous cost pressure due to increased cost of DRAM, making RainierQX an excellent solution as a DRAM-less controller with the same peak performance as those with DRAM, benefiting from industry’s fastest 2400MT/s NAND channel interface and proprietary data path accelerators. RainierQX solution clearly outperforms other solutions in its class.”

“The SSD industry is quickly shifting from PCIe Gen3 to PCIe Gen4 technology. At the same time, single NAND die capacity is getting bigger and bigger, making high random performance harder to achieve. The RainierQX’ unique data path accelerator and independent plane operation fully take advantage of the latest NAND technology to achieve high random performance, while at the same time reducing DRAM cost. As the market builds momentum on PCIe Gen4 and beyond, InnoGrit has stayed on task, developing a well-timed roadmap of controllers, with the latest addition of RainierQX, ready to meet today’s market needs as well as addressing the next gen of SSD Platforms launching in late 2021-22,” stated Greg Wong, president, Forward Insights.