Adaptec, in a $7.5 million cash transaction, acquired one of the greatest specialists in the IEEE 1394 (also known as P1394 or FireWire) interface, the privately-held Skipstone,Inc. (Austin, TX). 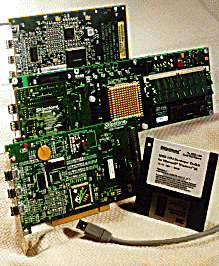 By the end of 1994, Skipstone had already developed PCI cards to connect PCs to external 1394 peripherals. The firm’s CEO Gary Hoffman was the first chairman of of the 1394 Trade Association, formed in September 1994.

This article is an abstract of news published on the former paper version of Computer Data Storage Newsletter on issue 111, published on April 1997.