Our ranking is based on official figures of companies publishing their number on storage only for their fiscal year ended one of the month of calendar year 2018 and surpassing $1.5 billion in revenue.

Micron, in flash and RAM, with huge growth in 2017 (+64%) and 2018 (50%), is biggest storage company in the word for second consecutive year after being number two for three years.

WD continues to be number two, thanks to its acquisition of SanDisk.

Then Seagate, number four, is the last one surpassing $10 billion in sales last year in a declining HDD market and being a small actor in SSDs.

Number five is NetApp, far behind with $5.911 billion.

Number six and seven are respectively Broadcom recording excellent positive results (+65%) thanks to acquisitions. and HPE (+13% after -1% in 2017).

Big Blue, number height, is these last years the most rapidly declining firm among the big storage companies – 26% in 2018 – and now at much less than $2 billion.

If we consider only these 8 companies, their global sales decreased by 6% in 2016, but increased by 24% in 2017 and 29% in 2018, in part from the success of SSDs and all-flash subsystems, but not compensating traditional storage products for IBM

Some other big actors like Samsung and Toshiba Memory Corp. are doing also very well but are not ranked here as they don’t publish financial results on their flash chips and SSDs. Also we have not included SK Hynix mainly in DRAM and Hitachi Vantara that does not publish anymore storage revenue but probably above our limit of $1.5 billion.

(Compilation by StorageNewsletter.com)
* storage only
**storage products only
Note:
For this ranking we used the companies’ financial results for their fiscal year 2018 – not the calendar year – ending in any month of 2018. We got official published figures when available – not estimations but for IBM – for all of them and for storage only.
Historically, here are the winners’ circle since 1991: 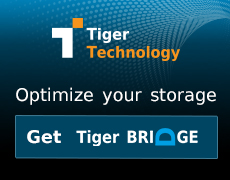